“We only want, we only ask, that when we stand up and talk about one nation under God, liberty, justice for everybody, we only want to be able to look at the flag, put our right hand over our hearts, repeat those words, and know that they are true. 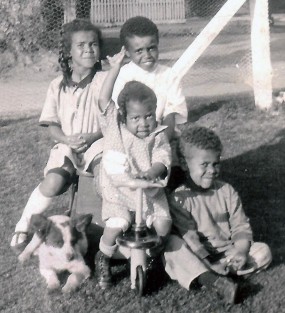 “Sport”, the Beverley family dog was often found sitting in the balcony during Sunday morning service at Park Avenue Baptist Church.  It was not uncommon for Rev. Moss to stop his sermon and announce “Sport’s in the balcony, someone take him home.”

“The Colored Citizen” was a monthly Black newspaper published between 1905 and 1906.  The publication covered local events in the Riverside, Redlands, San Bernardino and Perris communities.

Danny Culpepper’s restaurant was so lucrative, he had to empty the cash register several times a day.

One of the Reynold’s brother’s (Harold & Al) had his pilots license and flew around Riverside.  He mentioned to Etienne Caroline, Jr. that when he was flying, he “felt free as a bird in the sky”. 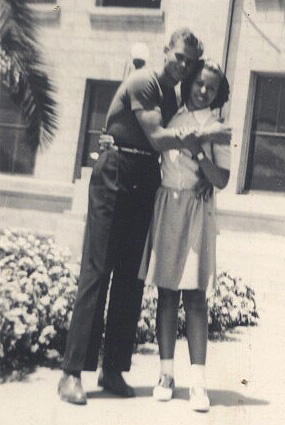 Albert Strickland was a nationally known pitcher for the “Dukes” baseball team.

In 1942, Lucille Stratton Taylor was the first Black woman hired by the City of Riverside.  Her position was receptionist/bookkeeper in the Sanitation Department.

Bob Boyd was one of the first 15 African American football players to play for the NFL. He played for the Los Angeles Rams for 8 Seasons.  His most spectacular season was in 1954, where he caught 53 passed for 1212 yards and 6 touchdowns.

The Stanley Y. Beverley Lodgelocated in Susan City, CA is listed in the National Register of Historic Places.  Stanley Beverley and his wife, Anna arrived in Riverside in 1914.  Anna’s parents, John and Mary Alves arrived in 1911.

When Gay Caroline was 6 years old, Neil Clisby threw her in the Lincoln Park swimming pool.  That was the day she learned to swim.

Oscar Harris had a Sanitation Business and owned between 15 and 20 trucks.  He has a contract with the City of Riverside for many years.

The “Dutchess” were the Lincoln Park girls baseball team.  They were managed by Roy Taylor.

Jackie Robinson spent his summers in Riverside and practiced at Evans Park on Brockton Avenue.

During a visit to New York during WWII, Gay Caroline stepped into the elevator at the Theresa Hotel in New York’s  Harlem and faced a tall, handsome gentleman in full military regalia.  They has a quite friendly chat.  It was none other than Fidel Castro.  Years later, he would visit the hotel again. <read more>

Bertha Stratton and Eunice Coffee were the first African Americans to become Riverside YMCA Board Members.

Oscar Stokes assisted his father, David Stokes in planting the first orange trees on the grounds of the University of California, Riverside Experimental Station in 1917.