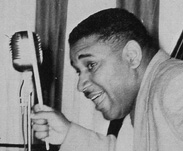 John left home, Boonville, Indiana at the turn of the century moving to Chicago where his siblings had settled.  He met and married Eva Bryant and started his family.  Melba was born March 8, 1907 in Chicago.  After moving to Riverside, Juanita on July 7, 1911 and Bryant on January 14, 1919.

While working as a shoe salesman in Chicago, John met Frank Miller, c customer, and during a conversation Miller asked John if he would like to move to Riverside, California and work form him at the Mission Inn.  In 1909, John moved to Riverside and began his tenure at the Mission Inn as elevator operator, porter and later as the Branch Manager for the Tanner Motor Livery, a new Car Rental Company with an office located in the Mission Inn.  He worked at the “inn” (1909-1941) until he was unceremoniously dismissed.  After leaving the Mission Inn, John became a partner with Milton Henson at the Master Glaze Auto Laundry.  We called it the “wash rack.” 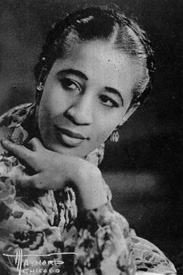 Dad was a supporter of the Marcus Garvey “Back to Africa” movement, UNIA (Universal Nego Improvement Association); a member of the NAACP and constantly fought to break racial barriers in our community.  He tried to get local White merchants to hire Black citizens to work in their businesses.  He was told “John you run your business your way and we’ll run ours our way.”  He studied the Rosicrucian Order philosophy and in his late years attended the Unitarian Church.

John opened a new and used store at 277 East Eighth Street (University Ave.) and worked in Truckee, CA for the Southern Pacific Railroad Company during the off season.  From 1931 to 1949, John operated the “Orange Sweet Shop” in Lincoln Park, continuing to work at the Mission Inn.  During the Depression he was not paid a salary – we lived off his tips.  Dad lost a great deal of money playing the Stock Market during the Depression. 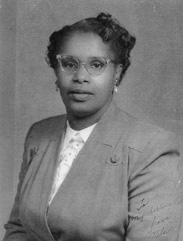 Juanita sand with the Plantation Crooners – a back up group performing on radio KMPC, appeared in movies featuring Jane Withers, Judy Garland, Amos and Andy, and other actors of that era.  She performed wit her husband Ed Bereal in Jazz groups in Los Angeles, Riverside, and San Bernardino Counties.  She was the Director of the Martin Luther King, Jr. Senior Citizens Inspirational Choir and was also a piano teacher.  Juanita also volunteered at the NAACP Heat Start and at local convalescents hospitals.  Juanita and Ed’s children are Ed, Jr., Allan and Cecile.  Juanita passed in November, 1991.

Bryant ran track, sang and played drums.  While attending school in Los Angeles he ran track for McKinley Jr. High (Carver) and Jefferson High School where he set a record in the 100 yard dash (9.6) which held from 1936-1958.  When he came to Riverside Jr. College, he along with 3 others – Finley Culpepper, Hovis Bess and Clyde Jeffery – where the fastest track men in the 100 and 220 yard sash (1936-1938).  Not only did this foursome compete against other schools, they competed against each other.  During his school day in Los Angeles and Riverside, Bryant ran against Clarence Mackey who attended Jordan High and Jackie Robinson in Pasadena.

After his tour of WWII, Bryant returned to Riverside and became a member of the Edgar Hayes Stardusters Group.  Although there were many changes in personnel, three mainstays were Edgar Hayes, Teddy Bunn and Bryant “Blinky”.  Teddy Bunn at one time played with Duke Ellington.  Bryant was also the Group’s vocalist.  They were favorites among the adult population wherever they played in both Riverside and San Bernardino Counties and Hollywood playing in night clubs and dance settings.

Sometime later, Bryant formed his own groups, the Starliters and Blinky Allen Group.  Those who played with Bryant were the late Walter Oaks, Carl Ingraham, Teddy Preciado, Robbie Robinson, Freddie Deville, Errol and Reggie Strickland.  The Group played in most of the Western States and Hawaii.  While in Hawaii they played for an up and coming singing great – Anna Marie Woolridge – who later became known as Abby Lincoln.  Bryant always stipulated in his contracts there was to be no discrimination against Blacks in the Clubs where he performed.