McCoy Williams – Hall of Fame Swimmer Committed to Helping Others

“Nobody can prove one way or another why this happened.  But on that day, it didn’t seem as though swimming a good race was as important as being the right race.” 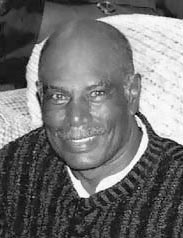 McCoy Williams was a descendant of Riverside’s early pioneer families.  He was the beloved son of Trivel Williams and Bernice McCoy Williams.  McCoy’s passion was swimming.  In 1954 he was Captain of Riverside Polytechnic High School swim team.  It was that same year McCoy competed and wom first place in the 50 yard free style swim in the California Interscholastic Federation (CIF) competition.  For some reason, McCoy was given a “paper medal” and a letter stating he would receive his “Medal” at a later date.

In 1957, Mr. Williams married Nora Bryant Williams.  They raised five children, and were foster parents form many years.  Mr. Williams had a career path for helping others which was demonstrated by his accomplishments.