“I am what time, circumstance, history, have made of me, certainly, but I am also, much more that that.  So are we all.” 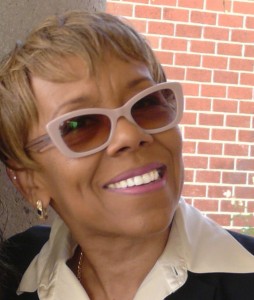 My name is Leslie Caroline, known to family and friends as “Tina.”   I prefer to be called “Tina” by those who know me by that name.  I was born and raised in Riverside, California, and currently reside in the Los Angeles area.

My personality is that of a visionary.  I have a sweeping awareness of time and history and  have great respect for the past and  tradition.  Genuineness, authenticity, and sincerity matter to me most. Everything I am and will ever be I owe to the goodness and mercy of God.

All my life, my family spoke of the tremendous accomplishments of members of our community.  I documented many of the stories so I would not forget them.  During a conversation with my parents in 2006,  I expressed my frustration  in not finding “our stories” on the internet, I asked, “What about us?  What about our contributions? Who’s going to tell our story?”  The following week, I began working on the design of the website, then used the notes I had taken over the years as the foundation to tell this story.  A year and a half later, June of 2007, the Riversider.Org website was launched.  In August of 2012, the website was completely redesigned.

Growing up, our community was comprised of people who were down to earth, hard working, family oriented, and did not hesitate to take a stand against injustice and inequality.  We never had to look far for role models; they were our grandparents, mothers, fathers, sisters, brothers, aunts, uncles, cousins, neighbors and friends.

Riversider’s began breaking down the doors of injustice as early as the 1920′s, years before the national Civil Rights Movement came to the forefront.  In breaking down those barriers, Riversider’s did their work quietly, never seeking publicity or fame.  Each generation instilled the values and traditions of the generation before.

The dedication, courage, and tremendous accomplishments of the early families paved the way for all who later migrated to the City of Riverside and made it their home.

We will never, ever forget the journey.