By Louise B. Key,  one of the original 15 founders of Park Avenue Baptist Church 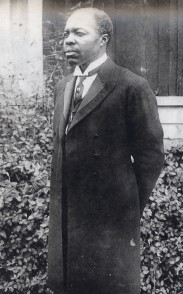 The meetings to organize Park Avenue Baptist Church were held in Sis. Eva Allen’s home on 11th Street.  They immediately began to raise money to purchase a church home.  They themselves contributed liberally and gave dinners.  Sister Allen, a noted soloist, gave many concerts in Riverside, Pomona, Ontario, San Bernardino and Redlands, which were profitable.

In one month, a sufficient amount of money had been raised to make the initial payment and on the first Sunday in August the congregation moved into the building at 1068 Park Avenue.  This group from the beginning organized and formed in succession, the Sunday School, BYPU and Missionary Society.  The church was recognized and consecrated for the service of God on Dec. 9th, 1915.  The first minister was Rev. G.P. Little, then Rev. Evans and Rev. W.H. Rozier.  After Rev. Rozier, Rev. A.F. Seaton was chosen, followed by Rev. W.G. Goodwin and Rev. A.T. Tines. 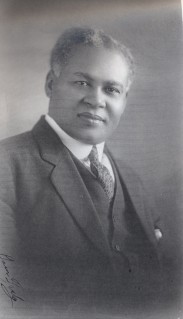 It was during the pastorate of Rev. W.G. Goodwin that the edifice was erected and furnished at approximately $32,000.  The groundbreaking took place on November 30, 1925.  It was completed and occupied on May 9, 1926.  It has a large auditorium, fully equipped classrooms, both up and downstairs, a large balcony, social hall and kitchen; a Pastor’s study, choir room and restrooms for men and women.  It is a conveniently located at 4192 Park Avenue and accessible to all in the community.

In 1929 Rev. Leander B. Moss, a graduate of Bishop College in Marshall, Texas came to the Church from El Paso Texas.  It was on January 28, 1945 that the church celebrated the mortgage burning.

Return to Faith, Our Rock in the Wind