“The NAACP called a march on the strip and they notified the Resort Hotel Association.  If they didn’t want to see it on national television, they would open their doors.”

-Alice key (on the integration of Las Vegas Casinos) 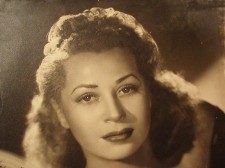 After her 1928 graduation from Poly High School, Alice Key left for Los Angeles to attend UCLA as a journalism major.  While there, she was side tracked from academic pursuit by Leroy Broomfield who, with his dance partner Aurora Greeley, produced the famed Sebastian Cotton Club Revues.

At the conclusion of filming “Stormy Weather”, Alice hung up her dancing shoes and became a theatrical columnist for the Los Angeles Sentinel newspaper.  She went on to become Executive Editor of the Los Angeles Tribune and later, after moving to Las Vegas, she edited the Las Vegas Voice newspaper founded and published by the late Dr. Charles I. West, the state of Nevada’s first black physician.

With Bob Bailey as director, Alice Key launched the nations’ first all black television show which aired in Las Vegas on Channel 8, the CBS affiliate there.   As Executive Director of the Las Vegas Chapter of the NAACP, under the administration of Dr. James B. McMillan, she became involved in massive voter registration drives.

Alice Key’s commitment to activities in the greater Las Vegas community include:

Due to these among other activities, in 1996, Alice was selected for inclusion the Women’s Archives Collection at the University  of Nevada Las Vegas.

She was also President of “The Ladies Who Danced”, a non-profit, state chartered organization of former chorus girls committed to financial assistance of Las Vegas’ local Senior Citizen programs.

In 1993, Alice retired from her position as Deputy labor Commissioner for the State of Nevada.

She was founding President of the Las Vegas Black Historical Society.  She was inspired to start the organization after viewing the Journal of the Riverside African American Historical Society during one of the her visits.