Dr. Mitchell invented the prototype for the fiberglass cast that is being used today.  He was the first Black elected to the Riverside School Board of Education.  The year was 1956. 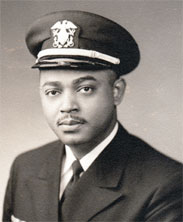 Dr. Mitchell transferred to Riverside from Washington, D.C. to be near March Air Force Base in 1954.  He served in both the Army and Navy.  He retired from the Navy in 1955.

Dr Mitchell is listed in Who’s Who in California 1956.  During the Korean Conflict he converted a Destroyer to a Hospital Ship. He was awarded for inventing a procedure saving blood in battle.

He invented the prototype for what is now the fiberglass cast used today.  It was military field tested for splint purposes.  The cast was made from Polyethylene Foam.  He also showed how that same foam could be used to raise a sunken ship.  I received a Science Gair Award from St. Francis de Sales School for raising a model ship using the procedure.

He raised Turkeys that weighed 50-75 pounds.  We had to send these out to be cooked.

He had award winning roses.  There was  a 4 x 15 concrete flower bed that Dad had dug down 6 feet and filled with a mix of top soil, peat moss, soil and fertilizer.  The roses that came up were HUGE and had thorns like daggers.  This was featured in the paper because he grew award winning roses when we lived on Georgia Street, and the Gardening Editor followed him to Park Ave. (About 1958-1959).

In our front yard, Dad make a life size Nativity Scene with live animals.  He made Mary, Joseph, and a Shepherd with paper mache faces and sheets for clothing.  Jesus was one of my dolls.  We added our donkey (Bobby Pueblo) and Dad borrowed sheep from a friend with a farm.  he took a rose trellis and shaped Christmas lights into the Christmas Star.  He placed it on the roof of the house over the Nativity scene.

When he was hospitalized at Riverside Community Hospital, he did a painting of the mountain view and city lights from his hospital room.